My years as a League student were unforgettable. Our classes were comprised of a remarkable group of people from different countries, many of which I had just visited. My recent journey as well as the international student body of the League and of New York City contributed greatly to the direction I chose in my work. We were all from a different place, and we were all somehow the same. From the late seventies until about 1990 I searched for metaphysical ideals in nature and the universe. I tried to depict the transcendence between the physical and the spiritual world. The mountains I painted of the Himalayas in India or of Machu Picchu in Peru were to me highly spiritual grounds. My etchings of the cosmos and of galaxies were a search for a higher power in our universe. I became intrigued and inspired in my work by the idea of unity as opposed to the individual. At the same time in life I embraced individuality. I was never concerned about fitting in; I believed that just producing my artwork made me exist. I joined a group of artists and writers downtown, and we called ourselves New York Visionaries. We had meetings, shows, and discussions of what the art world should be. 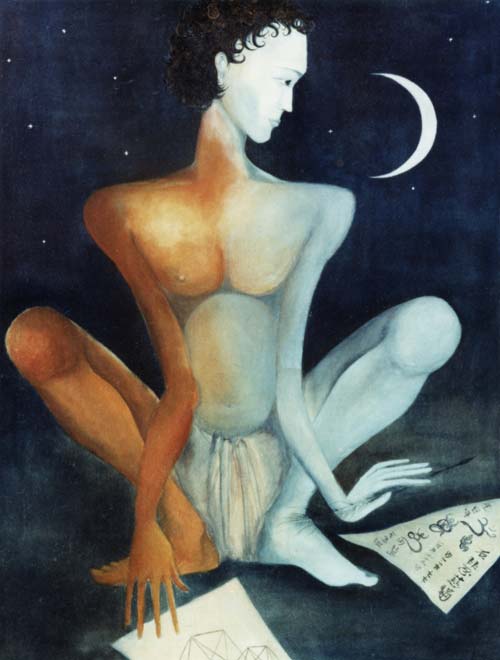 View the slideshow below. 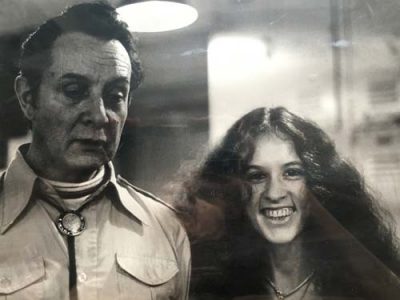 Michael Ponce de Leon was himself a visionary of some sort. He had also traveled extensively, and some of his work also dealt with metaphysical subjects, such as the embossing The Oneness of Life, which might explain our affinity for one another. His way of teaching was very subtle. Superficially, one might have thought that he did not teach you much. He always kidded around and told sexist jokes. But I absolutely revered him and loved his work and his class. His foremost legacy to me is the freedom to experiment.

His teaching style was simply to show us what he was working on. He exposed his students to a huge array of ideas, attempts, and achievements by bringing his work to class or inviting us for studio visits.

He let the students do what they wanted, with no limits or rules as to what could be done. Unlike the traditional ways of melting and rolling grounds on plates that I had learned in Europe, Michael was willing to use prefabricated liquid grounds so that we could apply it more easily on large-scale work. He also encouraged me to use different kinds of metals, papers, textures, shapes, and dimensions.

I had not realized how much he influenced me until 1983 when I produced my first very large montage of etchings, comprised of thirteen plates. The following montages of etchings, produced between 1984 and 1986, were also large-scale and three- dimensional, with folded and raised paper. Their sculptural quality was very much influenced by the work of Michael Ponce de Leon.

From 1978 to 1990, my work continued to explore a spiritual and idealistic world, with nature and the universe; I made prints while also painting with oil and egg tempera. While deciding finally to make my life in America, I also continued the search for myself on a metaphysical level.

View the slideshow below.